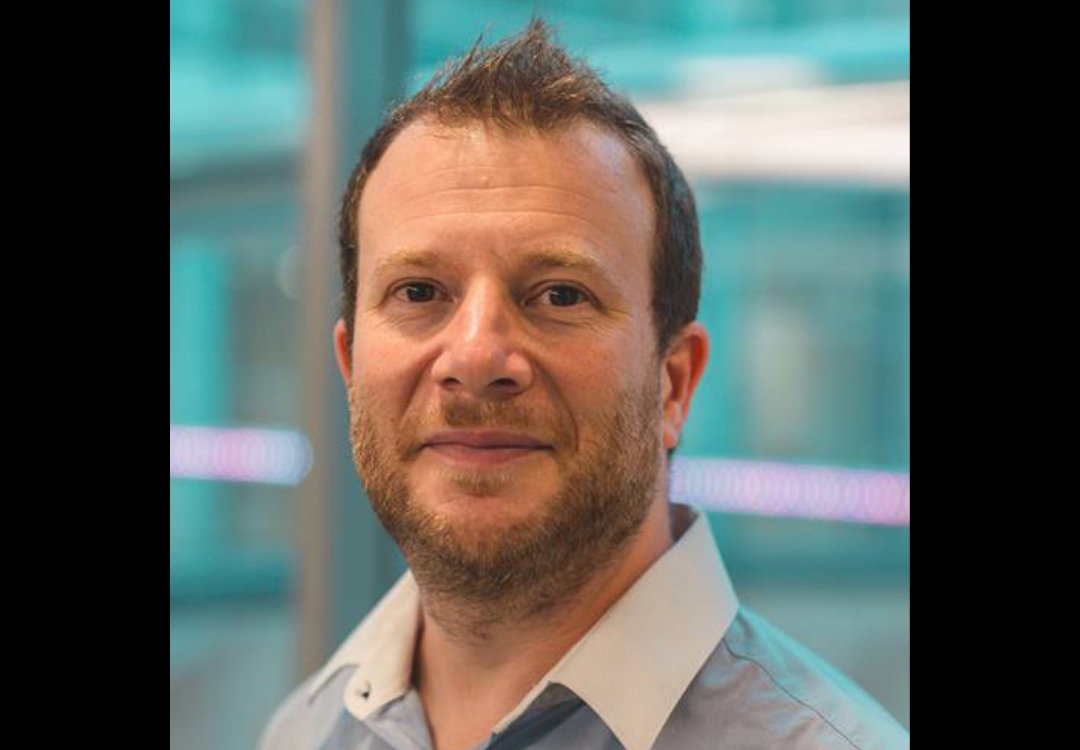 Jonny Bentwood has held some significant roles within the communications industry, including at Edelman as Director of Analyst Relations, Head of influencer Engagement and Chief Innovation Officer, to his current role as Head of Global Data & Analytics at Golin, a global public relations agency that helps companies create change that matters.

In this edition of Truescope Talks, we speak to Jonny about the innovation process,  data in communications, what keeps him interested and inspired, and why Golin has achieved such tremendous success.‍

‍Jonny, thanks for joining us for Truescope Talks. Can you share what drew you to the PR industry initially and now, your role at Golin?

Thanks for having me. The intersection between technology and business is my true sweet spot. Communications is a natural evolution of that: how you get a message across. And it's the combination of those things that has led me to this role. A role like Head of Global Data & Analytics didn’t exist when I started in my career. I was on the forefront of internet marketing when no one knew what the internet was. Early on I was strongly advocating for better ways of understanding and engaging with people. No one understood why we should bother looking at Twitter. I've always started my role thinking: are we doing something because that's the way it's always been done? And if so, can we make it better? How would we do it if we just start to think about the best way of doing something? That’s where I've always been positioned. Somewhere along the line, the word data actually started fitting into a job title. Before I knew it, it was in my job title.

So what keeps you inspired today?

I'm interested in how things work. How technology works, how people communicate, what they like and what they dislike, and how to weave a story with all these points of reference. Then how to weave that story in better and more nuanced ways, in ways that make more sense - that is what keeps me inspired.

You’ve created numerous award-winning analytic and measurement tools. Where do you start when it comes to innovating? Do you have a process?

Yes, there's a five step process. And I only know about this five step process by failing a huge number of times. The first time I thought about innovation was when I was 16 years old in the late ‘80s. I remember my dad saying, “I've heard about this thing called the internet, maybe you should drop out of school and set up some kind of restaurant or cafe where people could come in and try it out?”

So the first step is having an idea, but that’s not innovation alone.

The second step in the innovation process is to make something tangible because lots of people have cool ideas that never come to anything. So you have an idea and make something tangible - that's what BlogLevel and TweetLevel were, which went viral and were massive, Twitter even shut us down because they thought it was a virus. But I didn't make any money from them.

The third step in innovation is to make money. For that you need a business model. I created Flow140. I charged for it but not enough. That’s the next stage of innovation, being able to make a good amount of money.

Which brings me to the fourth step - it needs to be repeatable and scalable.

When you take all those things together, you get to the fifth and final step, which is to get people using it.

In summary, you've got a tangible product that fulfills a business need, is repeatable and scalable and you make good money from it. That's innovation.

You mention failure upfront. What has been the significance of failure in your journey?

It’s important to say that it's okay to fail. I've invented and failed more than you would ever believe. Each time I create something, I think it's the best thing ever. But there have been monumental failures, maybe because it was just the wrong time or because someone else didn't like it and they were quite influential. Maybe it's a failure because it was a bad idea. It doesn't matter. We've got to be okay with failures. Otherwise, you'd never keep going. I believe in Brene Brown and her book, The Power of Vulnerability. You've got to put yourself out there to fail if you want to succeed.

What is the problem clients are looking to solve by engaging with Golin?

It's the “so what.” Clients look at all their points and information and they think “Okay, we've done this and so what, what did that all mean? Is that good or bad?” People often don't get the crux of what they're doing. They’re just doing stuff without an understanding of whether it is the right stuff that achieves the right outcomes. Lots of people can be very busy, with their organization getting talked about in the most incredible places, but maybe those places aren't where your audience hangs out, in which case it's irrelevant. Maybe they're talking about the wrong message, in which case it's irrelevant. Maybe it had the most incredible results, but you didn't notice it because you were looking in the wrong place. Maybe you achieved incredible results, but your competitor achieved even greater results because of the situation. So you don't really notice these things. So it's understanding the “so what” does this mean, and what should we do about it? That's why people work with us.

You've worked for numerous Fortune 100 clients. What are the biggest factors influencing organizational approaches to data?

I think it's the people within the organization. It largely goes back to objective setting. I worked for one very large Fortune 100 company whose executive team was rewarded on reach metrics. They got a massive amount of reach, but sales revenue didn't change. And the revenue didn't change because everyone knew who they were, but no one knew how they differentiated themselves. Why would you buy this over that? That is where the differences are. It's not necessarily the size of the company. It's the people who are working with us, and are they mature enough in their data journey to set the right objectives to achieve the right results.

‍Golin is one of the most successful agencies in the world. What is the company's secret sauce?

Together we do the best work of our lives and we make a difference. I think a lot of agencies have lots of generalists where everyone does a bit of everything. I would be a rubbish creative or a rubbish person picking up the phones to an influencer or journalist. But give me a load of bits and bytes and I'm your man. At Golin we have specialists who are creatives, a specialist who's a journalist or media influencer, specialists to understand the clients and the industry. I myself am a geek. That's the team. But we don't try to make everybody the same; we get the best out of individuals. That collaboration makes a big difference. We also want to achieve amazing work, the best work of our lives, work that makes a difference. Last year we helped the Taiwanese government change the law so that people with HIV weren't prosecuted. We want to do good things. Of course, we still need to help companies sell more beef burgers, and that's fine. That makes a difference as well. I'm inspired by all the work that we do.

You’re obviously inspired by your colleagues, and work in an environment where there’s a lot of mutual respect with the expertise everyone has.

They’re absolute geniuses. It's my job in my world of spending more time coaching, and determining how to get my team to have a career across this wonderful track of data and analytics. I want them to see this as a real adventure as well as succeed. Coaching and helping people is so rewarding. I've got people who work in my team who are far smarter than me. They can do things I can only dream of. Perhaps the only difference between us is that I have failed a lot more than they have.

This brings me to a point about imposter syndrome, which I think we all have. There’s a story about Neil Gaiman, the English author, and he’s at a gathering full of superstars, celebrities, writers and other VIPs, and he felt that he didn’t deserve to be there. He started talking to an elderly gentleman about several things including their shared first name, and this gentleman said, “I just look at all these people and think, what am I doing here? They’ve done amazing things; I just went where I was sent.” And then Neil Gaiman felt a bit better, because if Neil Armstrong felt like an imposter, maybe everyone did.

I think perhaps that’s true. We’re all working hard, feeling like we got lucky and are slightly out of our depth. We’re all just doing the best jobs we can, which is all we can really hope for.

Who are some of your mentors or someone you're inspired by, and why?

Steve Jobs. A lot of people want to show all the data, with all the wonderful graphs and charts and correlations, and no one cares about it. They want to know the big point; they want to know how it feels. When Steve Jobs first talked about the iPhone, he didn’t talk about the size of the screen or the resolution of the images, or the different features of being able to do email and phone calls. He started off by telling you how you're going to feel. You will feel magical. You are going to be so excited about what this will do for you. That is data storytelling. The more I do this job, the less I use and show the data, and the more I tell a story. All this stuff about him being an innovator, building tech and great computers - I don’t really care. It’s his approach as a data storyteller that I love. People admire him mostly because of his products, but I love the way he explains what he does.

What's one app or online platform that you can't live without?

Audible. I don't have time to sit down and read. But I run, walk the dog, and clean the house with my headphones on listening to something that stimulates me. I tend to do more fiction than anything else. I used to listen to a lot of podcasts, and read books of famous people. But I like a good story. I'm a big sci-fi reader - if it’s got spaceships or dragons, it’s for me.

What are you watching on Netflix?

I'm watching Stranger Things on Netflix and For All Mankind on Apple TV. Both great things. My favorite show over the past few years has been Ted Lasso, though. What a wonderful gem of TV that never fails to create the warmest smile on my face.