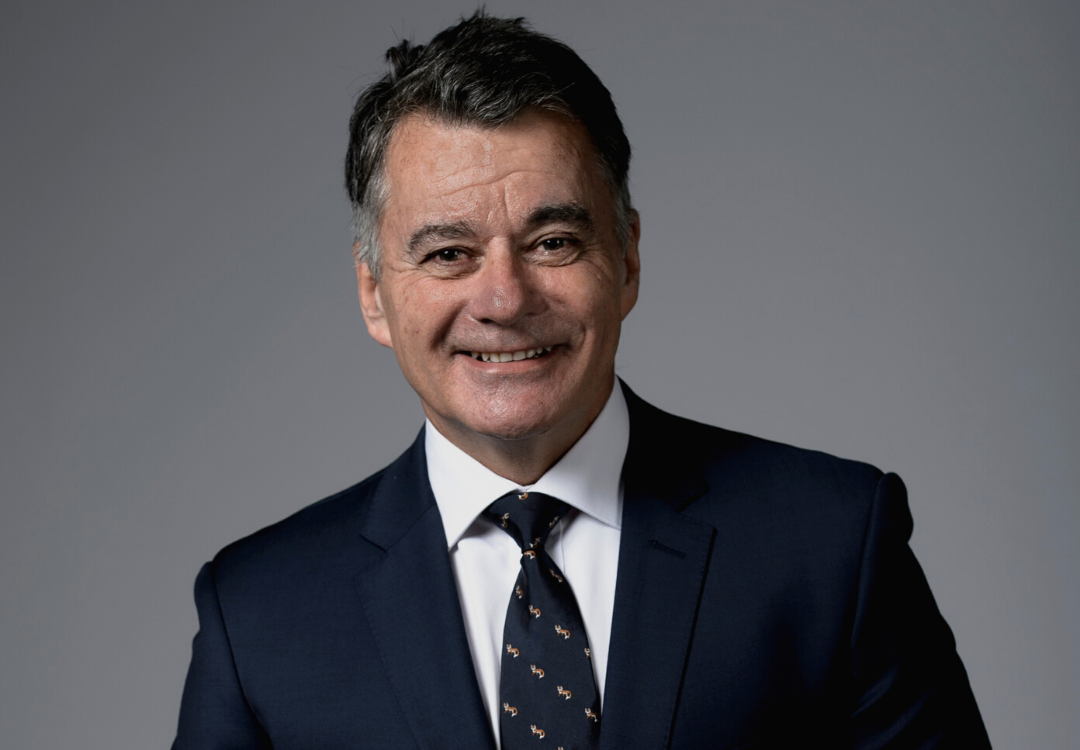 In this edition of Truescope Talks we were honoured to speak to one of the most respected and well-versed media and communications professionals, Tony Gillies.

For 16 years, Tony was a leader of AAP and accountable for its editorial and commercial operations as well as leading over 200 staff in Australia and abroad.

Tony has held numerous media industry posts and since leaving AAP in 2020 after assisting shareholders, new owners and staff with its sale and transition, Tony is starting his own regional media business, NewsFarm, with former colleagues and media execs.

‍1) You spent 16 years as Editor in Chief of one of the world’s most renowned newswires, AAP, before its Editorial operation was sold to philanthropists and impact investors in 2020. How has the role of AAP’s newswire changed before and after the sale?

The AAP Newswire has always been and remains an important part of Australian media.

At a time when news outlets dial up commentary, outrage and frivolous headline writing to engage audiences, there’s comfort and trust that comes from a calm, measured approach to telling stories. That is the role of AAP.

It’s seen as a source of truth and the change of ownership last August doesn’t change its underlying mission.

What has changed before and after the sale is AAP’s scale and potential influence.

The newswire agency’s former majority shareholders News Corp and Nine gave AAP’s impartial journalism formidable reach through their many print and digital publications and broadcast newsrooms. But the newswire no longer runs on these sites.

The commercial reality now is that the AAP newswire is a smaller operation but knowing those inside it as I do, they are giving their all for their news customers.

I’ve never worked with a more diligent team of journalists and my hope for them is that circumstances will one day change to allow News and Nine to once again seize on the value of a strong wire service.

2) What were the innovations that you and your team brought to AAP and your media clients during your 16-years of leadership?

‍My 16 years as AAP Editor in Chief was a privilege.

I came to the organisation (in 2004) at a time when the newsroom was entrenched in the service of traditional news customers. It was text heavy but there were the beginnings of good work for digital customers.

The media landscape was moving fast and news customers were looking for innovative solutions, and guidance to help them through it.

If I brought anything to the table it was complete customer focus. The newswire’s value would come from its relevance.

If it did its job well, the newswire would provide a strong foundation of vital news content that could never be exclusively, leaving customers to spend their resources on their own unique content.

I also spent a lot of time talking with editors and news directors about the industry challenges that kept them up at night and where they wanted to take their operations.

Being at AAP was a licence to move freely within these newsrooms. At the same time, I had exposure to news agencies all over the world and their news customers. There was no shortage of high-level thinking, ideas and solutions to draw inspiration from for this market.

There was a strong appetite for change and everyone was keen to give things a go.

Digitising the newswire and giving rise to direct publishing to customers’ websites and phone apps was a powerful development. It carried an even greater responsibility to accuracy and speed but it forced a completely different approach to internal workflows.

The building of the images and video operations; refining data services; content automation; taking news planning to the next level; and a preparedness to go big on big events like Olympics and elections gave the news agency a higher prominence.

Importantly, all of this created a culture of news innovation that changed the mindset and the skillset of the news team. I think that sticks with me the most.

3) At AAP you led a news team of over 200 people in 12 locations across Australia, New Zealand, the US and the UK.  What are some of the habits of the world’s most successful agencies and can Australia learn from other markets around the world?

There are only about 100 newswire agencies globally. It’s a tight-knit community and I was fortunate to tour many operations where heads of these businesses would share strategies and insights.

The similarities between media markets around the world never cease to amaze.

Challenges that Australian media has faced have been felt equally – if not more – everywhere else. There has been a lot to learn from each other.

The common trait among successful news agencies has been their diversification to protect and grow their revenues.

A strong newswire remains at their core but each has numerous allied business turning profit to support the expensive journalistic endeavour.

As the former AAP had a media intelligence business and an editorial production outsourcing operations, other agencies have similar or even more.

AAP once also had a telco (AAPT), a communication services business, and media monitoring that returned strong dividends to shareholders. As these assets were sold, overall profitability became tight.

The current AAP, now essentially a smaller newswire serving fewer news customers, would now most likely need to address its subscription model to build revenue; and possibly rebuilding or acquiring profitable businesses to provide further support for the long-term.

There are smart and resourceful people at AAP to pull that off.

4) What is a key learning from your time in the industry that has helped you lead and manage such large teams and also navigate your own professional career in the volatile media landscape?

‍In the news industry, you expect the unexpected: first and foremost.

You have to be prepared to pivot at a moment’s notice. There’s no point in complaining about a bombshell; you just have to deal with it.

Your capacity to respond effectively – and better still, anticipate the change - depends on the people you have around you.

Then if something really matters; if you believe so strongly in a particular course of action, do not take ‘no’ for an answer.

It’s important to have the courage of your convictions and to prosecute your position clearly, consistently and respectfully. You should go for it.

Colleagues will want the organisation to be the best it can be. So, it would be foolish to dismiss a challenge to your ideas. How well you include others, listen to well-reasoned arguments, will determine the degree of success for an outcome.

In leading teams, you need to commit to authentic communication, to being patient and supportive.

It never matters one little bit who actually comes up with the idea. We only care about how it goes from concept to reality.

If delivery can be a true team effort – multiple perspectives enhancing an original thought - then the journey is so much more enjoyable for everyone.

5) Since leaving AAP, you’ve been working on media start-ups which address some prominent issues today including the need for trusted, independent news and plurality of voice in Australian media. Can you share some developments on your projects?

In many respects, my work during the eight months since leaving AAP has been a continuation of the type of work I did while I was there.

I have turned a few of my own ideas into workable business plans for a number of former media colleagues and I was brought in to assist the creation of a unique global news and information service.

That now has seed funding so we are looking forward to seeing that launch in the near future.

I also spent time working remotely with the Constructive Journalism Institute which is based in Denmark as it pulled together a 24-hour virtual conference as it contemplated the future of storytelling.

There was a lot of meaningful dialogue that could – and should - resonate in Australia.

Each of these initiatives has been enjoyable because they have been founded on principles of trusted and independent journalism while addressing commercial rigour.

6) Regional newsrooms are vital to informing its communities and giving them a voice. We know this has been a passion of yours for some time and you have been working on a special project here too. Are you able to share?

My first job was as a cadet reporter on The Northern Daily Leader in Tamworth. After moving to Sydney to work with Fairfax, I later returned to regional NSW to become the editor of that newspaper.

There’s something special about working with a regional publication. As editor you are merely the custodian of a paper that the town ‘owns’. When I was appointed group editor of some 150 regional titles, that feeling was dramatically amplified.

And today, having lamented the retreat by large news networks from these communities, I am back in this space as co-founder of a commercially viable local news alternative.

NewsFarm provides critical back-of-house expertise, technology and products to media start-ups and established independent news outlets. It enables small publishers to get on with covering and supporting their communities without distraction.

It inspires and empowers locals to start their own hyper-local news outlet and provides the survival tools.

The power of the network brings a collective voice to regional Australia, buying power, and cutting-edge business solutions.

There is clearly an appetite. The Public Interest Journalism Initiative’s mapping project shows that of the 199 markets that lost local media in the past 14 months, independent start-ups have sprouted in 84 of them. There is room for more and we believe all could use help to ensure their long-term viability.

The response from individuals, the corporate sector and politicians who equally share the concerns, have been phenomenally supportive of our unique approach.

What started with a blank sheet of paper mid-2020, NewsFarm is now the proud collective effort of a number of very senior people with rich media management, finance, editorial, commercial, marketing and technology experience.

We are now pulling the last pieces of it together before launching pilots and later rolling it out across the country.

7) Is there anything else you would like to add?

‍The media sector has been upending and this has accelerated during the pandemic but there are strong, viable models to be developed with some out-of-the-box thinking.

There is a strong, active community of like-minded and highly experienced media people who are now outside of the large networks who are motivated to make a change for good.

I have always been lucky to have worked with very good people with strong entrepreneurial spirit. But these recent months have been most rewarding. I have been exposed to different networks and different thinking.

On top of this, the calibre of people who have been in touch to offer advice and connections has been amazing.