Truescope Talks: Robyn Foyster on the Future of Magazines 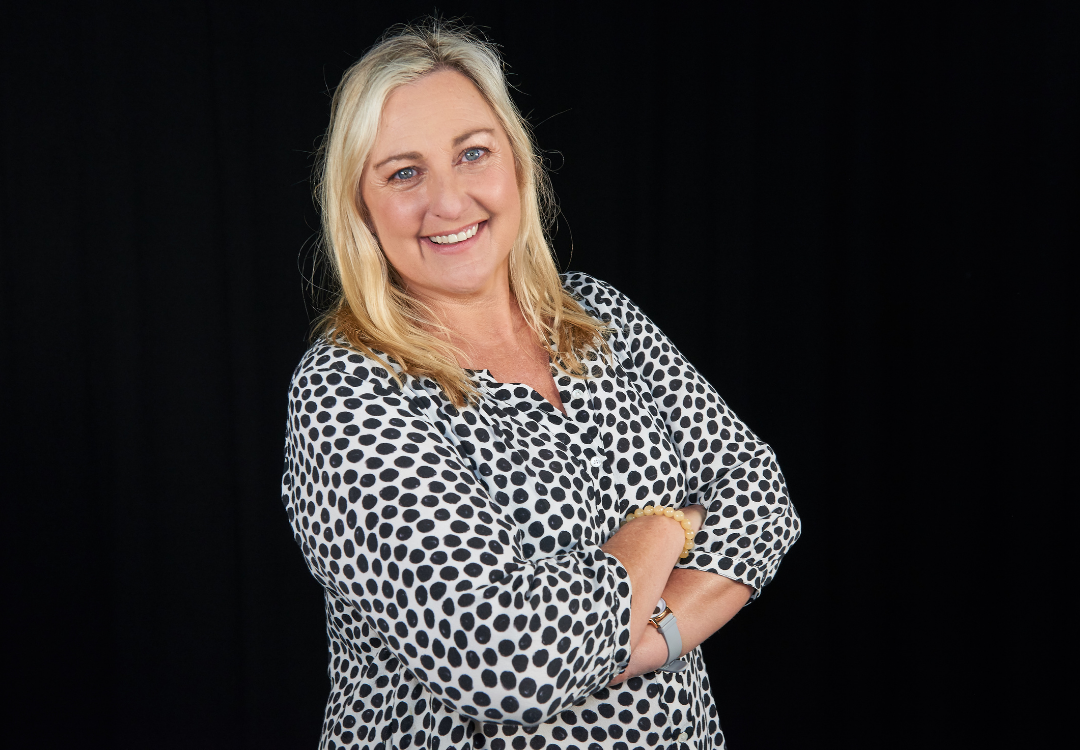 For the next edition of Truescope Talks we were lucky enough to grab a coffee with one of Australia’s greatest entrepreneurs and editors, Robyn Foyster.

Robyn Foyster is an entrepreneur, experienced executive and board director.  Robyn has successfully led multiple companies including her own media and tech businesses. ‍‍

Former Editor In Chief of The Australian Women's Weekly and Group, Publisher of Harper’s BAZAAR, Cosmopolitan, Grazia and Woman's Day and voted one of B&T's 30 Most Powerful Women In Media, and winner of the prestigious MPA’s Editor of the Year Award.

1. You’ve had an impressive career in the media, specifically magazines and with Bauer – do the recent closures say more about the businesses who manage and publish the mags, or have the consumers' demands changed?

Yes, consumers and their habits have changed quite dramatically plus with the onset of new technology our needs are being met by a whole range of new and fascinating ways to interact with media and content.

Now what has happened is a democratisation of content. When I was editor-in-chief of The Weekly, it was my job to decide what information would be disseminated through the magazine. I had to be in touch with what people wanted, a good editor delivered that, but now everyone can be a publisher and deliver content across niche verticals so we can decide what we want to read ourselves.

A great example of this is Elise Strachan of My Cupcake Addiction, which has 3.13m subscribers on YouTube alone. About eight years ago she decided she wanted to make a go of her cupcake making hobby. She began by selling her cupcakes in the Gold Coast markets on a Saturday and then her friend said, you know, there's this thing called YouTube, why don't you put a few videos up on there. And so she did that and now she has over 10 million followers worldwide across all of her channels and regularly breaks the internet. All the magazines I’ve ever worked with combined don’t reach those sorts of figures, yet one woman, great at creating content, can appeal to all those people across the globe. And that’s the great thing but it shows the way we consume content has completely changed.

We have access to the best content in the areas we want to know more about so although there is still a place for magazines that has lessened quite dramatically. And in quite a short period of time, hence we've seen so many magazines close, because they're struggling to remain relevant, because there's so many more things out there to get people's attention.

‍2. How will the digital media landscape look globally in the future? What do you hope to see more of and less of?

What’s happening in magazines is really interesting with apps where you are able to have access to a wealth of digital magazines, without being a regular subscriber. I’m also enjoying watching the magazine teams evolve by creating a world of live events and experiences.

Nowadays, magazine brands doing well are offering much more off the page ways to engage with their brands. By giving their communities access to experiences they wouldn’t normally have if they weren’t a subscriber (Vogue Nights Out for example). They’re showing their value as multi-media brands. In many ways for magazines to survive they will probably end up being shop fronts to everything else.

A good example of this is Better Homes & Gardens. It has now licensed its brand so well that it now encompasses a real estate company and is backed up by a TV show as well as a magazine. Closer to home, The Australian Women's Weekly has recently relaunched its famous book of birthday cakes and because there is still so much relevance and trust in the brand no matter what the medium, those trusted magazine brands won’t die but rather reinvent themselves in unique ways. I was actually asked in the Sunday Telegraph newspaper recently, what I would do with The Australian Women's Weekly and my answer was that they could evolve as a food channel focused on food and real life stories of Australian lifestyles and that would be how they could rival huge content creators like Netflix.

In terms of The Carousel and Women Loves Tech, when we first started I remember thinking I’d entered into the digital space at the right time. But as digital became the number one platform, inevitably, Facebook made it harder to grow your audience, then advertising increasingly went to Google and Facebook. So niche publishers learnt pretty early on that to survive, you had to diversify which is why we now create and produce content for brands such as video series and podcasts.

Finally, I think it's been fascinating to watch how quickly podcasts have taken off and it hasn't even reached anywhere near the levels we can expect it to go. Podcasts are a great way to access news quickly and by taking away the ability to see the people talking you really have to tune into it, so you get this extra experience, which I love.
‍

‍3. As for communicators, how do they need to pivot in response to the contracting media landscape? Where do they invest their budgets now to raise awareness of a product, or build brand exposure?

The key is to produce content for different channels and for brands to become publishers themselves. So, investing more in owned content and owned media is going to be more critical than ever, as the channels for amplification become fewer.

One of my clients over the years has been Kmart, and when they first launched Kmart Living, I was the main content producer. It was all magazine content that I was familiar with and it helped engage Kmart’s audience so much the numbers went from 1 million unique users per month to double that in one year. The difference was that by developing and owning content across owned channels enabled them to grow, engage and market to new audiences. This helped build brand exposure via really engaging owned content. Rather than paying for content to run on other publishers’ sites, they had it created for their own channels.

Realestate.com.au, Netaporter are two more brands that have done that really well. They both demonstrate that magazine style content will continue to remain relevant in different ways going forward. Red Bull on the other hand, is a brand that has become a content producer across multiple channels and industries showing that there really is no limit as to where brands can go. Since COVID struck, we’ve seen AFL.com.au create incredibly engaging content, specifically ‘The Last Time I Cried’ which is excellent sponsored content.

Collaborating with other brands is also what is going to happen more because thanks to COVID it’s a smarter, cheaper and more effective way to do business. Partnering with another brand that shares similar values will result in greater opportunities and continue to enable brands to “digitally disrupt”.

Finally, investing budget into technology in marketing campaigns will also ensure brands can continue to stay relevant in the future. Whether it’s a beauty brand developing an app to try its newest lipstick on or a new AR pop up – events don’t have to be what they were. You can interact with your audience in new ways even in our new normal.
‍

‍4. What do you think has made TheCarousel.com and Womenlovetech.com so successful? And have the platforms played a part in any successful communications campaigns?

We’ve diversified and they’ve become brands that people trust. Not just in Australia but the US and the UK too.

With Women Love Tech, there’s more women interested in what they can do with their career and how tech can advance them. They also want to see what products can help them, and get updates on tech news and other subjects that appeal to women, it’s not just the stereotypical ‘geeky’ content you might think.

Curating the best apps, the best TV shows being streamed, the best podcasts etcetera has been really successful. When Black Lives Matter happened, we thought ‘how do we cover this?’ and we decided to do a round up on all the shows to watch or books to read to learn about the issues. We followed this up with another piece to point readers in the right direction to learn more on the Indigenous People & Black Lives Matter protests too. TheCarousel, on the other hand, focuses more on health and wellbeing with a strong interest in profiling inspirational women. I also have GameChangers which is a video and podcast series where we profile entrepreneurs with interviews hosted by leading TV presenters such as Melissa Doyle, Edwina Bartholomew and Sarah Harris. Among the entrepreneurs we’ve featured are Nick Molnar in the early days of Afterpay and Naomi Simson as well as sporting stars such as Ellyse Perry.
‍

‍5. What skills are vital for success in communications today, particularly when working with media in either an earned, or paid capacity?

I think a lot of PR/Comms people don't actually know how to engage with the media which is why events like “Meet the Press” which I do twice a year are so popular. In these masterclasses, businesses are mentored by members of the press about how to pitch themselves directly.

These are the main skills I’m looking for from PRs:

‍6. What projects are you working on currently?

I recently helped launch a positive news site called Happy-Ali.com which has the tagline seriously positive news. Hong Kong businessman Arthur Koeman is the founder and CEO and it was his vision. We're just sick of bad news especially given there's some great news stories out there that just don't get airtime. Rightly so, Arthur and the team believe the simple act of reading positive news can create a happier life.

My new business InProfile helps professionals and senior executives build their online profiles and stamp their authority as an industry leader, particularly on Linkedin. Our award-winning team of journalists and data analysts are experts in strategic communication and provide highly targeted strategies and support to optimise and grow our client’s online reputation. Basically,we help them increase their sphere of influence & make authentic connections.
‍

And, I’m drinking a flat white. But starting off the day with a water and lemon juice each morning!